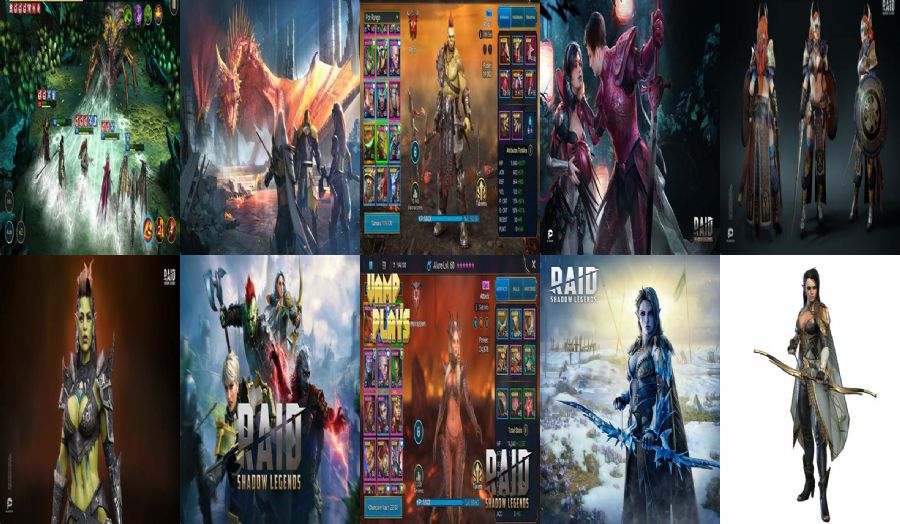 Battle your manner through a visually-stunning mythical RPG realm with loads of Champions from 14 playable factions.

To keep the world of Teleria, you may need to recruit its maximum mythical warriors from the forces of Light and Darkness. You have to train them to fight collectively, mould them into living guns, and collect the greatest PvP raiding birthday celebration ever visible.

Join the fight and throw down the gauntlet in this delusion multiplayer RPG game.

COLLECT POWERFUL CHAMPIONS
Summon 500 warriors from 14 factions thru gacha collecting. Assemble balanced PvP amp; PvE groups of Sorcerers, Knights, Elves, Undead and greater to defeat your enemies – then recruit them in your facet!

FACE THE MULTIPLAYER PVP ARENA
Take a spoil from position-playing and cross head-to-head, combating video games with other players to free up unique equipment and climb the PvP ratings. Two groups go in – best one comes out.

FEEL THE VISCERAL 3D ARTWORK
Beautiful, absolutely-rendered 3-d heroes provide beautiful element right down to the cracks of their armor. Watch them conflict through bright environments with thousands of specific ability and attack animations.

DEVELOP AND MANAGE YOUR BASTION
Upgrade your personal private fort to manipulate your Shards, train your Champions, and put together them for dungeon runs, multiplayer area battles, and the story campaign.

ENJOY REWARDING STRATEGIC RPG GAMEPLAY
Make hard choices and equip your Champions with powerful artifacts to useful resource them of their quest.

* Items are available for buy on this MMORPG gacha sport. Some paid gadgets may not be refundable relying at the type of item.
* RAID: Shadow Legends is to be had in English, Russian, German, French, Spanish, Italian, Ukrainian, Chinese Traditional, Chinese Simplified, Korean, Turkish, Japanese, and Portuguese. We apprehend that role-playing is always extra immersive to your native language!

FEATURES:
- Champion Skins! We've added our first ever Champion Skins to RAID - starting with 3 Skins for the Arbiter.
- Added items to the Clan Shop, including a new Artifact Set - Killstroke.
- Added option to set Skill Instructions per Round for certain Saved Team sets.
- Opened Super Raids for Faction Wars.
- Multi-Battle mode is now available in Faction Wars.
- Multi-Battle attempts will be added now separately in your Inbox and can be activated one by one as needed.